Tomorrow is Another Day :

Some Feelings About the Corona Virus :

Im not going to lie, yesterday was tough.

Nothing absolutely dreadful happened.  It was just crap.

I expect from the outside looking in, my life seems pretty good, and I AM incredibly lucky as there are a lot of people going through much worse experiences than me during this time.  So before anyone says I should count my blessings, let me save you the time, as I’ve already done it:

I live in a nice house in the countryside as opposed to a one bed flat in the city.

I haven’t been ill with the virus and no-one that I care about has been seriously affected.

I am still employed and able to work at home as opposed to being furloughed, or losing my job or my business.

I am reasonably healthy, and not already suffering from a major disability.

See, I AM lucky, so why do I still feel like crap some days?

Even though I live in a nice house in a nice area, I feel guilty about it because I feel like I don’t have the right to complain.  And I don’t, not in the grand scheme of things, but I still feel feel alone and scared and full of doubt for the future.

I have a lovely husband but we still get on each other’s nerves as we are confined to the same space day in and day out without any interaction from anyone else.  We don’t even have kids to position between us…its just us, and sometimes, even though it may look idyllic, it’s lonely.

I haven’t been ill with the virus, and no one I care about has has been seriously ill; but I’m scared to death that now lockdown has been relaxed, and we’re all going to go rushing out and about, there’s going to be a second peak and its going to be bigger… much bigger.

I feel sad that so many people can’t see their friends and family.  It’s dreadful that there are so many people especially the elderly, who live alone, and are completely isolated.  I want to help them, but I don’t know how.

The knowledge that people are abandoning their pets because of the virus breaks my heart, especially now that rescue centres are struggling to raise funds to care for them.  It’s sickening.  Last month I donated to some charities because I was able to.  I put a post out on some Facebook groups just saying it might be a nice idea to donate the money that you might normally spend on a night out to a charity that you care about.  Do you know what?  I got moaned at.  Seriously.  If you can’t afford it, don’t do it.  It’s not like it was a written instruction, just a well meaning idea.  Scroll on you nasty bastards. 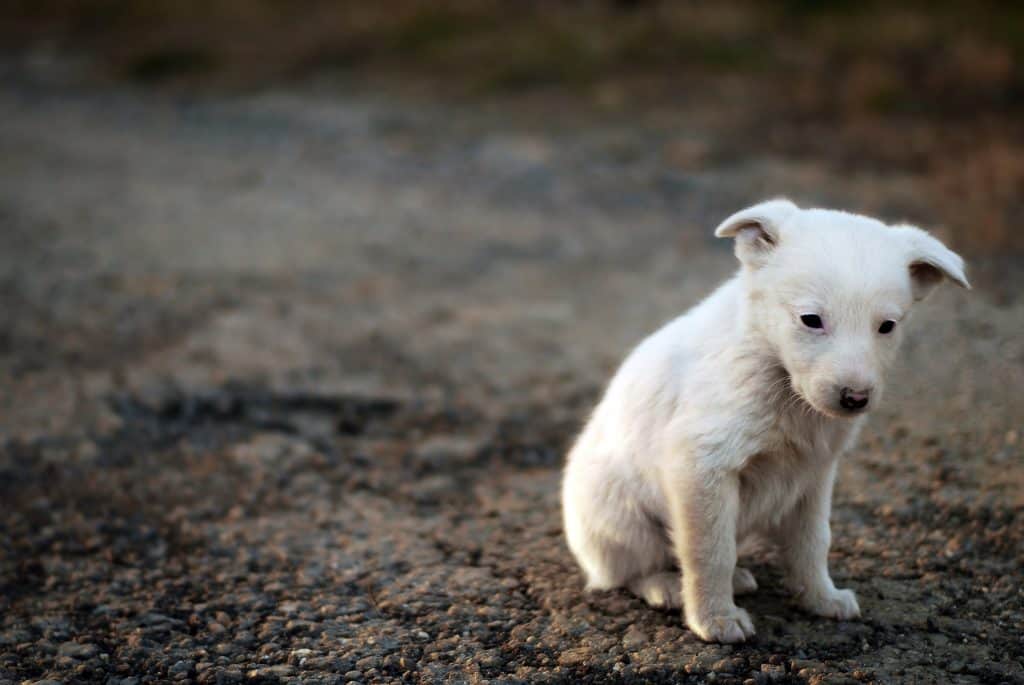 Speaking of Facebook, after hearing that domestic violence was on the rise during lockdown, I posted about it, offering help to any women that were in that situation.  Unbelievably two male ‘friends’ made jokes about it.  I wonder if they’d be laughing quite so hard if they’d ever been punched or spat at or mentally abused by their partner.  Hilarious…not.

While I’m in the whole ‘media’ ballpark… Jesus Christ!  No wonder we all feel so crap.  The news solely revolves around the virus, and as if that wasn’t enough, we have special programmes dedicated to it also.  We are being ruled by fear and negativity.  There is still other stuff going on in the world, positive stuff.  Without hope and positivity we are all at risk of spiralling into depression.

Our government is getting absolutely battered by the media too, so what little hope any of us may have or have had in them, its slowly being picked apart.  Every day, depending on which newsreader I listen to, my opinion changes.  At first I thought Boris was a fool, then I thought he’d stepped up to the plate, and I came to rely on hearing what he had to say.  When he got the virus I was actually scared that he was going to die and leave us all flailing around.  He recovered, which was great, but now Im not sure if he’s doing anything of use or not.  Like lots of people I tuned in last Sunday to see what he was going to say.  Yes, it was vague and I can see why people are frustrated with the lack of clarity; but by the same token a lot of it involves us using common sense.  Im like Natalie Imbruglia.  Im torn.

Anyway, now I’m back to not knowing how I feel about it him.  What I would say though, is he’s trying his best (I hope) and doesn’t deserve some of the vitriol that he’s received on social media.  He might be a bit of a numpty but he’s still a human being.  Remember what happened to Caroline Flack?  Just saying. 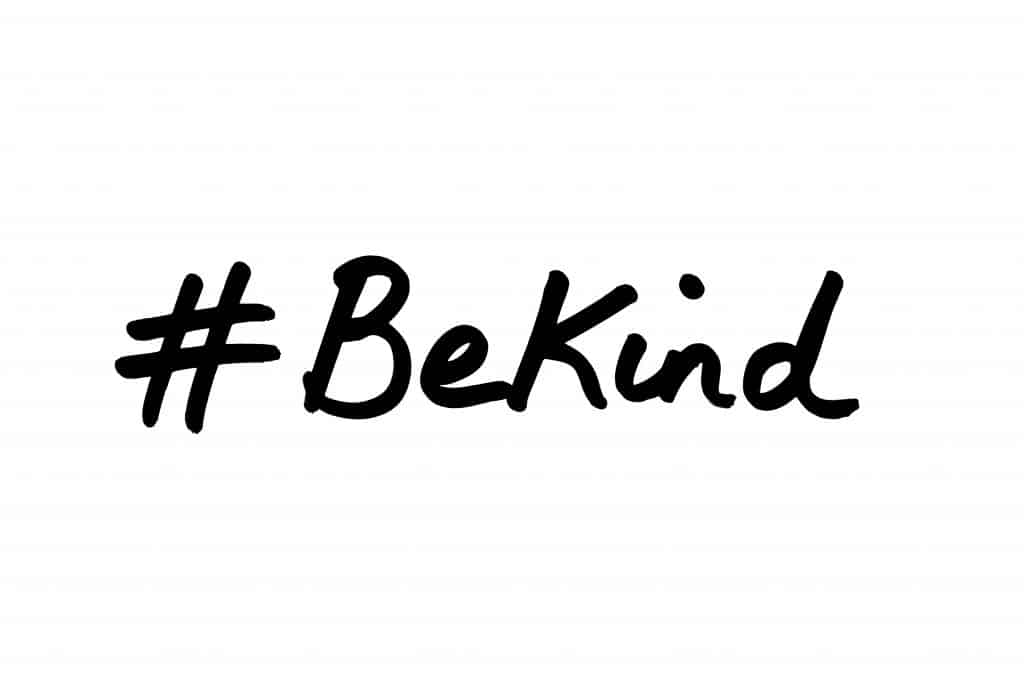 So, work from home if you can, but if you MUST go in to work then do.  I’m lucky to be working from home and grateful that I can, as it means I can afford to pay my bills when lots of people can’t.   Yes, I know being furloughed is really scary for many people, but with government funding workers should still have received partial salary I hope.  Yes, I know it has to be paid back, but it’s also been a couple of months off work (hopefully with your families) in the sunshine, so unless you are in dire straights, it has to be looked at as unpaid leave.  You have to look at it like that, or you’ll drive yourself crazy.  Think of all those poor buggers who have lost their livelihoods completely, both the employed and self-employed.  That’s devastating.

On the bright side, people have had time to spring clean their homes, fix things, decorate, do gardening, play games, watch box sets, read a book, catch up on the phone, video calls…  I just hate it when people say they’re bored.  If you’re bored get on bloody You Tube and learn something.  Painting, writing, car maintenance, how to plait hair.  Go and get a job in a supermarket or picking fruit, go and help some of the people who really need it.  Stop moaning about being bored.  (NB.  This is by no means directed at people who are out of work or struggling in any way, because that must be scary as hell). 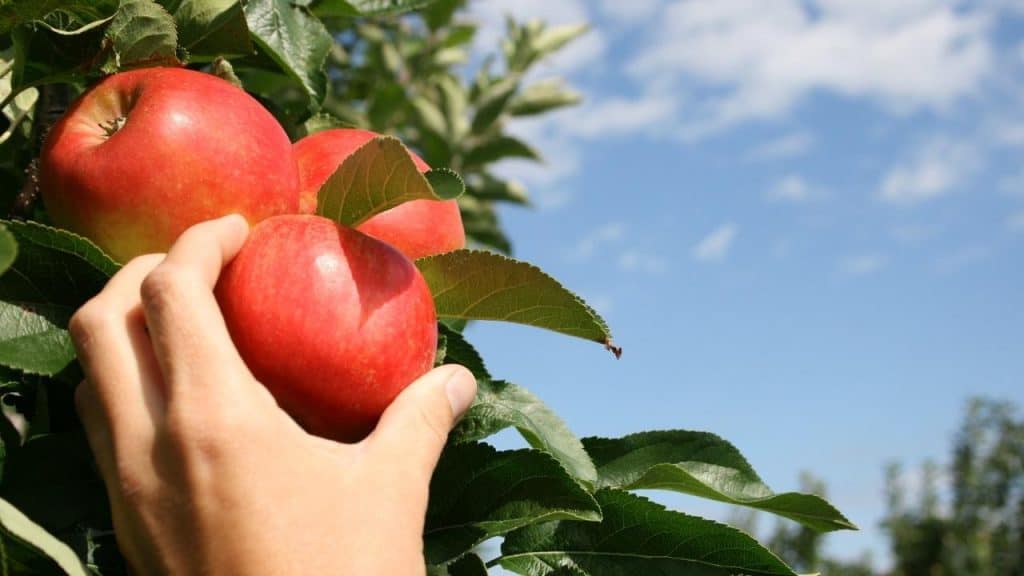 Being bored and being lonely are two VERY different things, and for all of the key workers, listening to some people banging on about being being bored, isn’t fair.  Im pretty sure the security guy on the door at Tesco’s would much rather be at home washing his car than having some bored twat coughing in his face just for the sake of it.

I took the lockdown seriously, only going out for essentials and daily exercise, which mainly involved walking my dog.  Thank God the weather has been ok, as I can only imagine how grim it would have been if it had been typical rainy English weather.  Each time I saw on the news that people were flaunting the rules it would upset me.  I’d take it personally that these stupid bastards were going out, meeting friends and family, gathering in parks and on beaches and at parties.  The majority of us were trying our best to keep the death toll low, protecting our loved ones, and these selfish few were going to ruin everything.  Sadly it probably wouldn’t be them dying, but some innocent that they’d infected.

Every Thursday Ive been out to clap for the NHS.  A wonderful tribute for a wonderful group of people.  Then we included key workers, who again have done a fantastic job in keeping our country from falling apart.  It brought a tear to my eye watching the displays on the television, and hearing the clapping around my village.  But….I’m going to say something contraversial here… Is it really benefitting them?  Yes, its a lovely gesture, but wouldn’t it be better to give them a pay rise?  If not now, at least the promise of one when it can happen.  Over the weeks the claps have been less enthusiastic, and its at risk of becoming something that people feel they have to do instead of wanting to do.  It is routine.  The key workers deserve more than that. 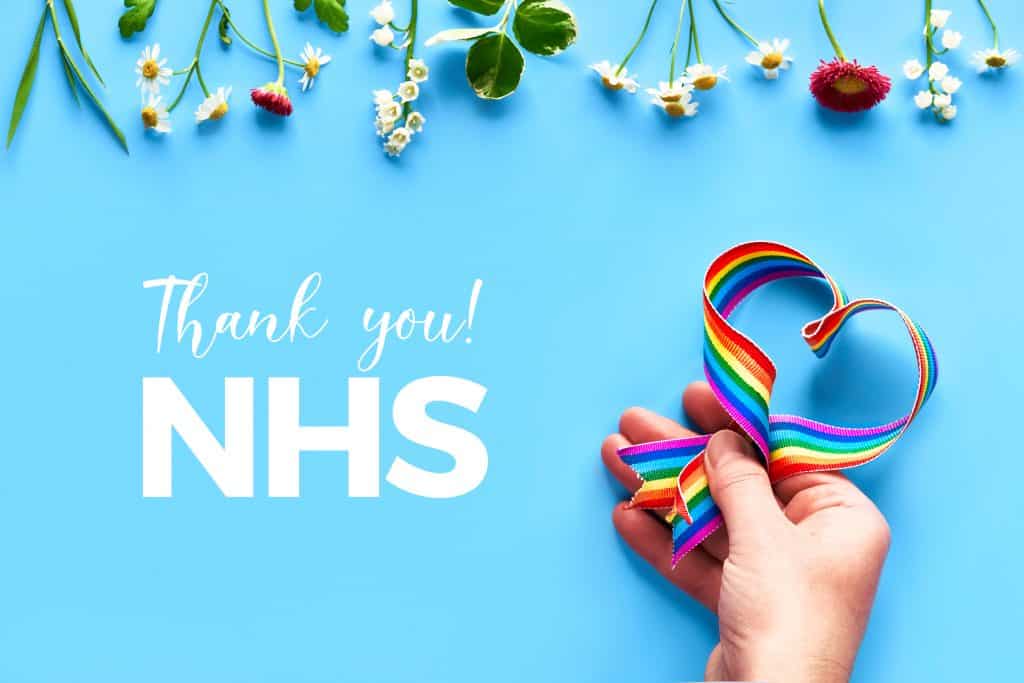 Having moaned about routine though, it is something that keeps us going at times like this.  Sara Cox had a week off Radio 2 Drivetime recently and it sent me into a spiral of panic!!!  I have nothing against Claudia Winkleman who stood in for her, but she isn’t my friend is she?  Sara’s my friend.  I listen to her every day at 5 o’clock, and I’d already had enough of my friends taken away from me over the last few weeks.

Anyway, weird, stalking thoughts aside, some days I manage to pretend that everything’s ok.  I stay inside and do my work and walk my dog, and everything could be normal until I walk down the street and have to leap into the road to avoid someone coming towards me with a face mask on.  That’s when you realise that nothing is normal anymore.

You have to queue outside the supermarket as though its the 1940’s to get your rations, hoping that she shelves haven’t been cleared of bread or flour or bloody toilet roll.  Schools and work places are being taped up indicating that you have to keep your distance.  You can’t see your family unless you live with them.  You can’t celebrate birthdays, anniversaries, or attend funerals of loved ones.  You can’t hug people when you’re happy or sad, and that’s dreadful. 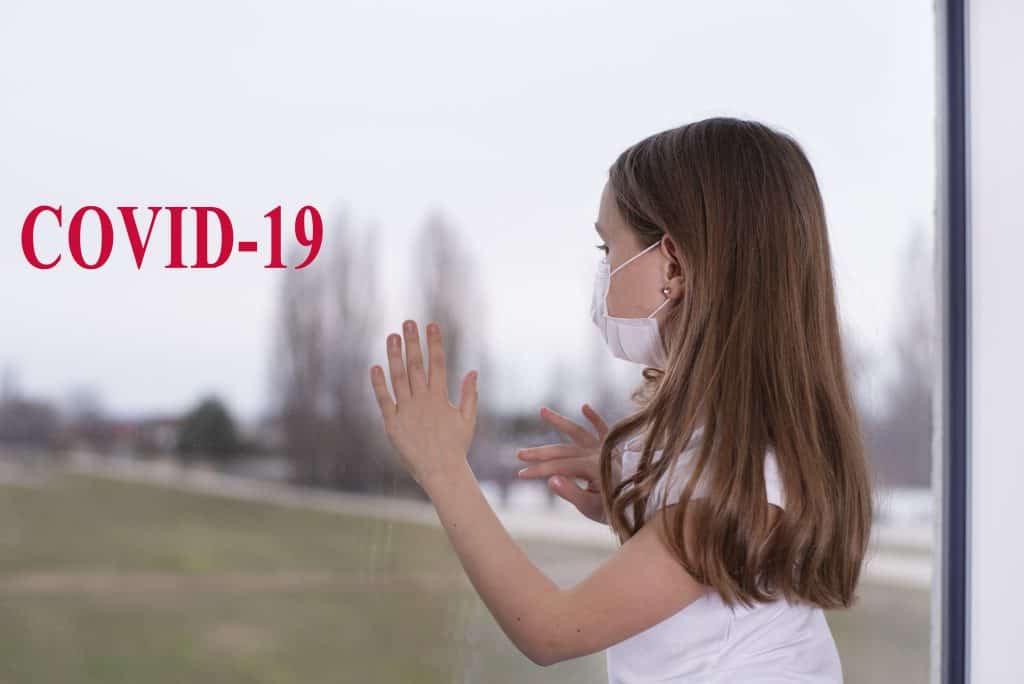 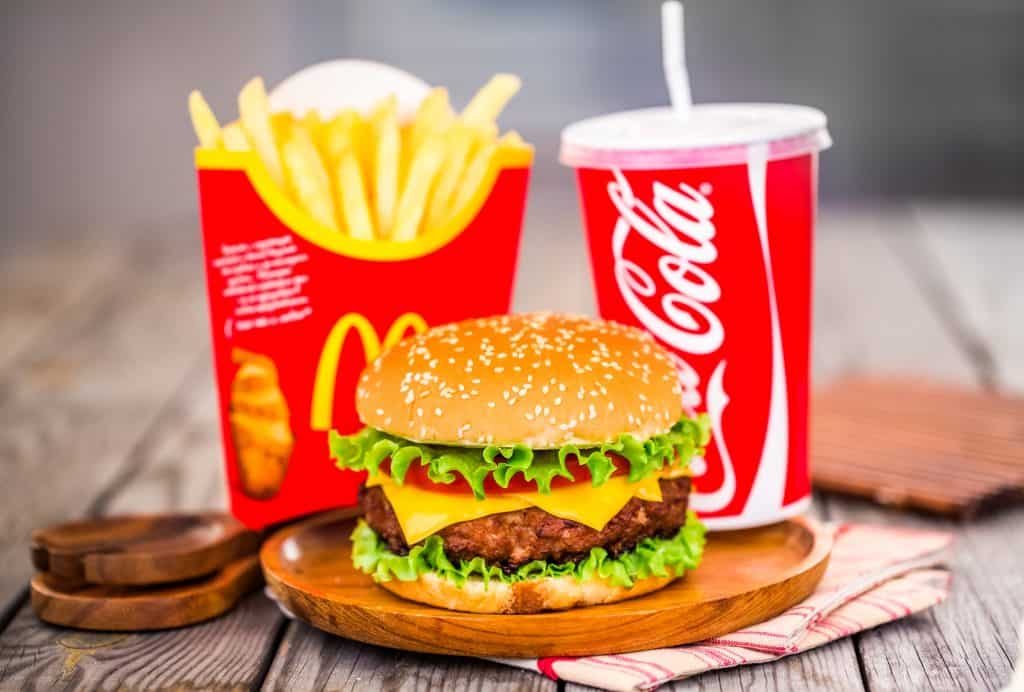 Ive tried to stay as positive as I can throughout lockdown so far.  Ive joined in with video calls, virtual parties, virtual pub quizzes, we even did a pub crawl around our own house, which ended in the worst hangover that Ive had in ten years. Ive tried to get up and do PE with Joe Wicks in the morning, bless his perky little soul.  How the hell that man stays so cheerful is beyond me.  He’s certainly got his work cut out at the moment.

But some days it all just hits you like a tonne of bricks, and those days, like yesterday, are just crap.

All we can do is keep going guys, and in the words of Scarlett O’Hara in Gone With the Wind, just remember that after all, tomorrow is another day. 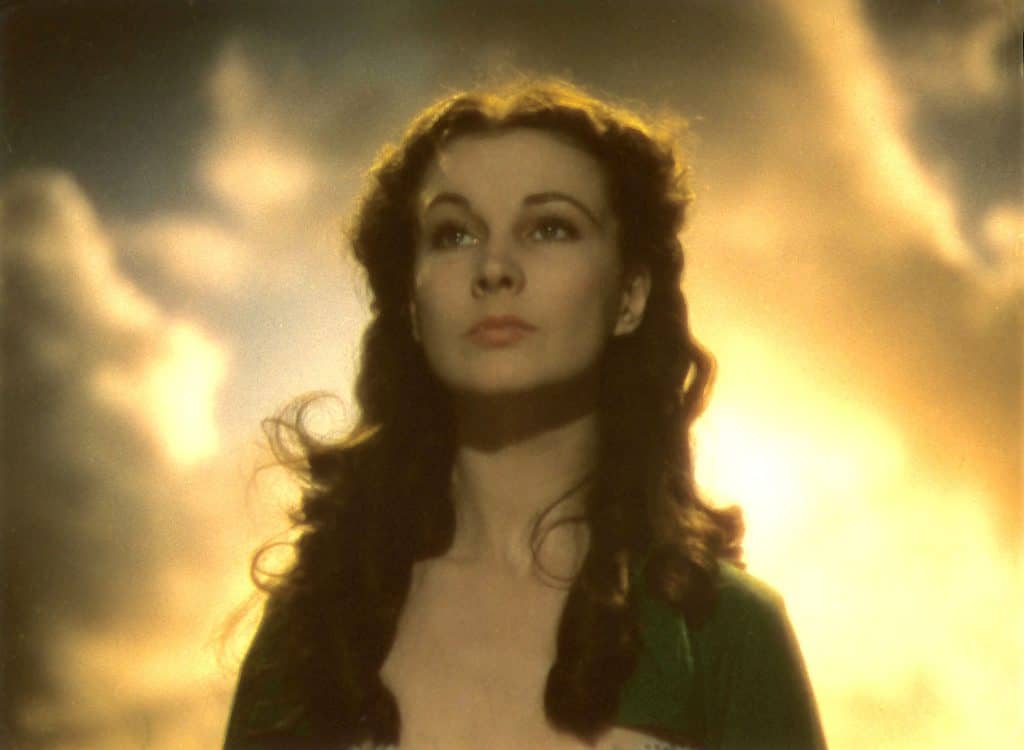