Since I last wrote about Barkley for the blog he has turned fourteen months old and morphed into a proper stroppy little teenager.  Luckily for him, he can still rely on his gorgeous little face to get away with absolute murder.  He knows it too.

Suddenly all he wants to do is see his friends.  And by friends I mean EVERY OTHER DOG IN THE WORLD.  This is not fun for me when we’re on a walk and 38 kilos of German Shepherd tries to pull me across the road suddenly as he’s seen a spaniel that he HAS to say hello to… RIGHT NOW!  All I will say is that I have developed a very bad back and Barkley has realised that not every dog wants to say hello back to him.  You’d think a bitten nose would make him learn wouldn’t you?  It didn’t.

He’s now become a fussy eater all of a sudden, which is particularly annoying when you’ve just spent £40 on his favourite raw food, only for him to turn his nose up at it.  We’ve tried cajoling, turning dinner time into a game, adding exciting biscuits to it, even spoon feeding him…yes you read that right (the shame!).  The little git will totally ignore it, then promptly go outside and eat some mud.

His libido has kicked in too now that he’s a teenager.  His favourite item to try and hump at the moment is one of his beds.  His standard routine is to eat his dinner, play for a bit with one of his toys, and then try to bunch up his bed underneath him while riding it like a bucking bronco.  His second favourite item to try and hump is my husband’s leg.  Obviously I find this hilarious, and I am quite happy that we have a gay dog.  My husband on the other hand is not that thrilled.

Barkley really doesn’t like it when he doesn’t get his own way either, and God forbid you have to tell him off for anything as he will totally back chat you.  For example:

Me: “Pack it in.” as I wander off into another room

Barkley (quietly under his breath) “Woof”

He likes to lie in a lot too.  This is actually a plus point as he no longer wants to play every second of the day, so we can get a lot more done while he’s happy snoozing.  However, woe betide you if you don’t play with him when he is awake as he will make your life a living hell by yipping in your face until you either give in or your ears start to bleed.

He really enjoys testing our patience these days.  We’ve given him loads of training over the last year and he knows all his commands, especially when you have a really exciting treat in your hand.  But he seems to have developed selective hearing when he just can’t be bothered to do what he’s told.  “Sit” I’ll tell him, and he’ll look at me like an insolent brat before just wondering off to eat some more mud.  If he could talk, he’d be saying “Am I bothered?  Face.  Bothered.”

He really doesn’t like to be told off now either.  Whereas before he’d have a tantrum, he will now literally toss his hair back, and strop off out of the room, before hurling himself to the floor with a massive sulky huff.  If he could slam the door behind him, he would.

Technically we are living with Kevin the Teenager.

On the plus side though, when none of his friends are around to take the mickey, and he’s worn out after a long walk, with his belly full (of mud?) he will still curl up on the sofa for a cuddle with his mummy.  Just as long as I don’t tell anyone. 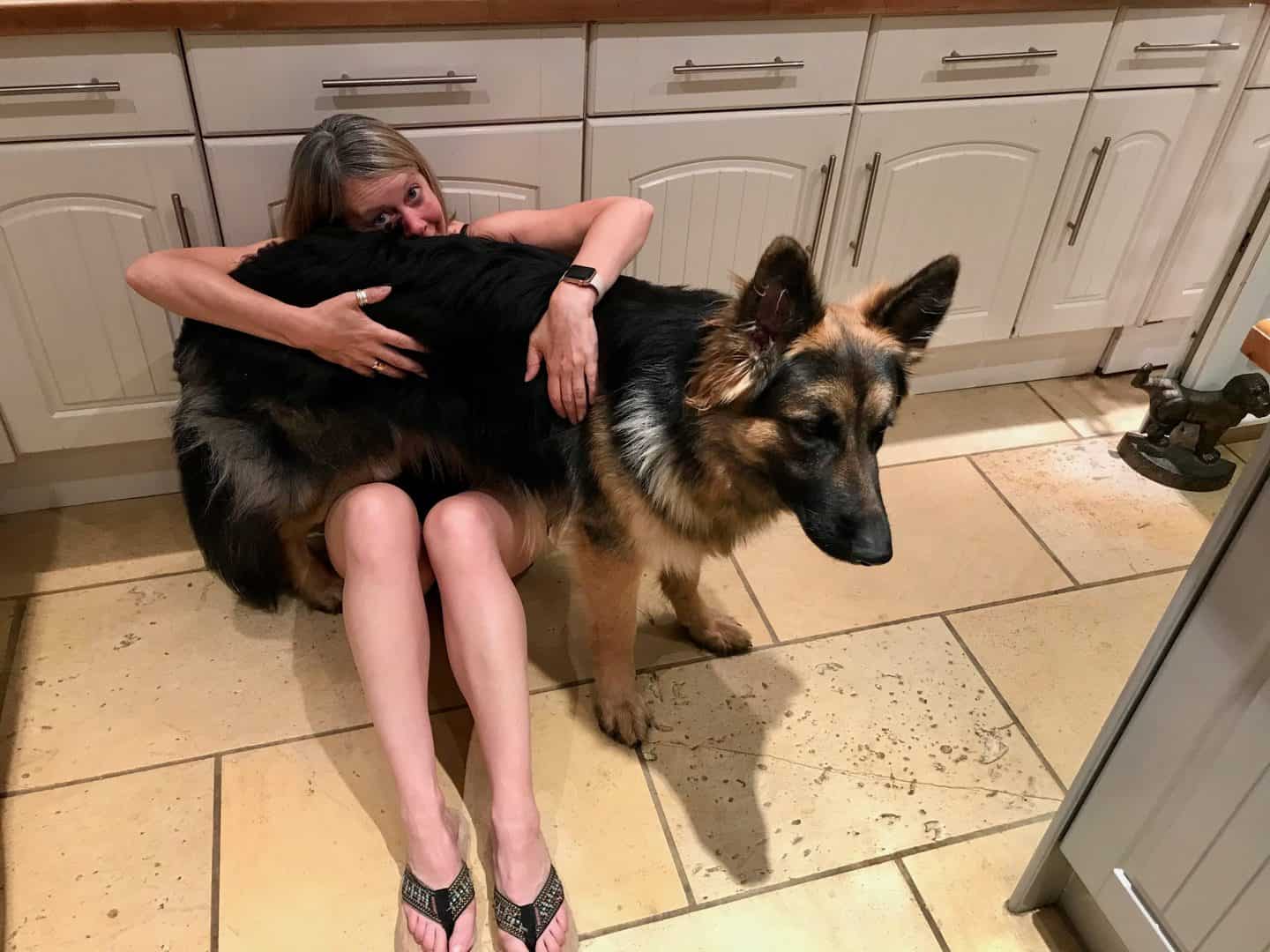 Don’t forget you can sign up for emails from my blog if you are enjoying  The Dog House Diaries; Now and then I even write about other stuff too, like this..Patient