From the age of about 5 years old I would always tell people that my dream job was to be a writer.  Well, either a writer or maybe a trapeze artist.  I couldn’t decide.

Obviously instead of doing either of those things, I decided to follow my parents’ advice and study for a sensible job instead.  One which would give me security without the need of a net or a team of psychoanalysts on hand to catch me when I fell.

After leaving school in the 80’s with some decent O Level grades and a shaggy perm my parents whisked me off to Australia where we set up a new life for ourselves.   While they set up home I embraced my new life by immersing myself completely in the Sydney nightlife, only emerging now and again to eat, read Stephen King novels, and write some heart-breaking teenage poetry about how in love I was with Michael Hutchence.

After a few years Down Under, I headed back to UK turf on my own proving that home is where the heart is.  I was now in my twenties in the nineties, and spent the majority of my time in the pub where I worked as a barmaid.

I spent an inordinate amount of time in jobs that just paid the bills, and quite a few that didn’t.  Sadly, none of them involved creating made up worlds or flying through the air with the greatest of ease. My escapism now involved reading a lot of Helen Fielding and Marian Keyes. I still dabbled with poetry and short stories, and even had a go at Mills & Boon, but found all the heaving bosoms a bit off-putting.

By the time I met my husband in 2005, I was heavily immersed in watching ‘Sex and the City’ and while I saw myself as a bit of a Carrie Bradshaw I still never thought I’d be able to actually write for a living, so instead of trying I set up my own business as a wedding cake designer, which I ran for ten years.

I still wrote in my spare time though and I finally started to get paid for it as I wrote articles for cake magazines.  It wasn’t exactly a column in The Times, but I enjoyed it, and after a while I started writing about things other than cakes for different magazines.  Sometimes they even got printed!

Eventually, thanks to immeasurable support from my long suffering husband, and much esteem boosting from friends, I took the plunge and wrote my first fiction novel “Hypnotic”. 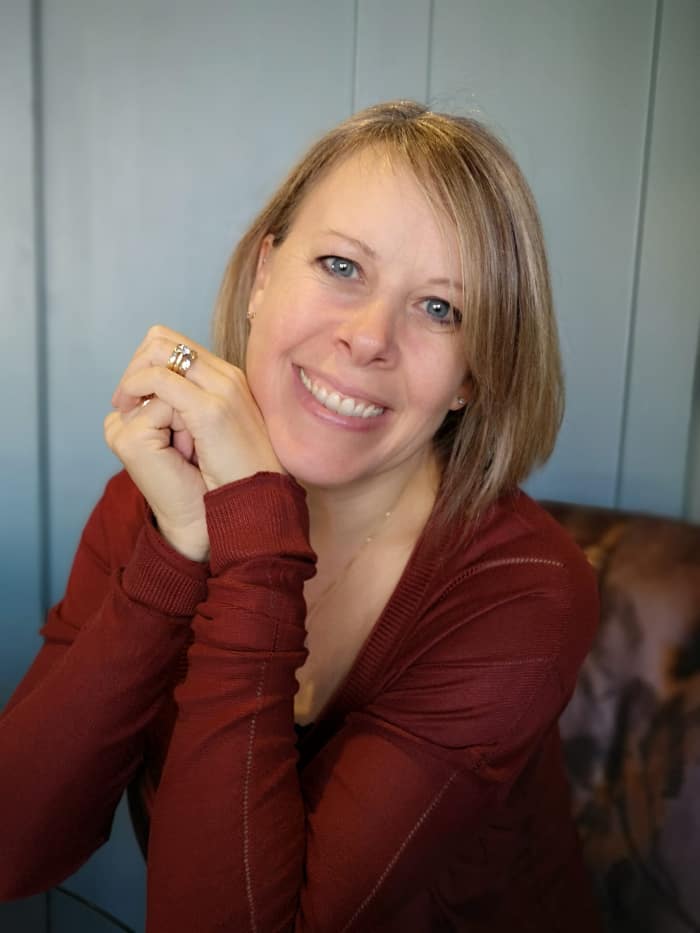