Im not sure why, but every time he is due to go to his behaviour training class, Barkley seems to have a really bratty day.

I’d invited a friend round today to see our gorgeous little pup.  Actually, what I mean by that, is I ticked another friend off my long list of people who wanted to come round and meet him.  Nothing to do with me and Jon whatsoever.

Normally everyone just oohs and aahs over how cute he is, but today’s visitor stayed just a little longer than he was used to, and it would appear that the same rules apply to puppies as to tiny humans when they get over tired.  He started showing off.

All well and good for a while, but when we ignored him, he vanished from sight and everything went suspiciously quiet.  If you’ve ever had a puppy, you will know that this is the point when something really, really bad is about to happen.

Apparently Nob Head, as he is sometimes known, had decided to drag my friends handbag out into the garden and was just about to strip and sell it for parts as we descended on him.  Disaster averted, thankfully, but a trip to solitary for Barkley.

You can see what I mean about some behavioural training being needed. 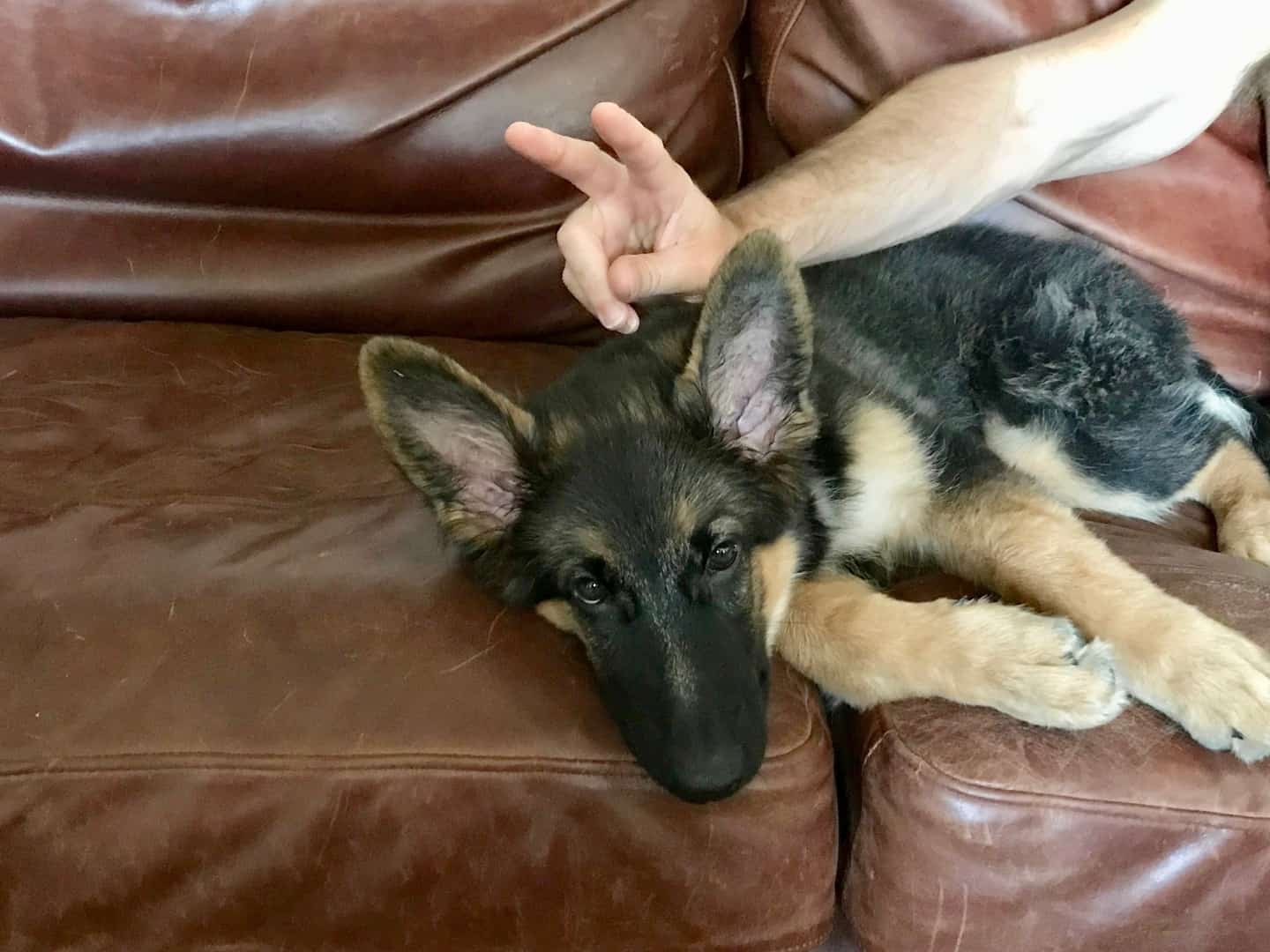 It was Jon’s turn to take him tonight, and he made sure he had much better smelling treats than I did last time.  I had taken the crappy shop bought ones thinking that they would do the trick, which they blatantly didn’t.  Jon decided to cut up loads of little bits of frankfurter as training treats, so of course Barkley miraculously did so much better!

I had sat on the stage in the hall with the other loose end dog parents, half hoping that he would do well, but mainly hoping he would be just as much of a little brat for Jon as he was for me.  Bearing in mind Jon’s pockets were full of frankfurters, our little prince had his schnoz glued to his side and followed pretty much every command he was given.  Little Judas.

After the session we spoke to one of the trainers about Barkley’s toilet training which had been going really well, and we mentioned how we were still setting an alarm to get up throughout the night to let him out for a wee.

The trainer looked at us as if we were completely and utterly crazy.

“Um, he should really be able to go through the night by now” he told us.

No wonder Barkley looks naffed off when we come down and wake him up at 3am to go outside in the dark.   What a pair of numpties we are.

“Just dont leave his water bowl in his crate over night” was his advice.  “Go to bed at the normal time and he should be ok until 6am.”

That night we decided to go for it, with massive trepidation.  We still stayed up as late as we could, then encouraged a final wee before putting him to bed and confiscating his water.

At 6am, we came downstairs, expecting to find a puddle, but unbelievably he was completely dry and sparko, and we still had to wake him up to do his ablutions.

For something a little different than dogs for a change, try the C Word