The Brave Police Dog Who Came Back From the Brink –

It’s rare in life that you get to meet your hero, and even less common when you get to give them a massive cuddle and a Gravy Bone!

How lucky am I that that I could do all those things.

When I got the go ahead to interview Dave Wardell and Fabulous Finn for a magazine article I literally wanted to kiss my editor, as I had been following their story for a while and desperately wanted to do something to help publicise their cause.

A great many of you will have now heard of Finn after his recent performance on Britains Got Talent, where he managed to reduce Simon Cowell to tears.  No mean feat I should imagine!  For those of you who haven’t heard of this amazing boy, let me fill you in a bit… 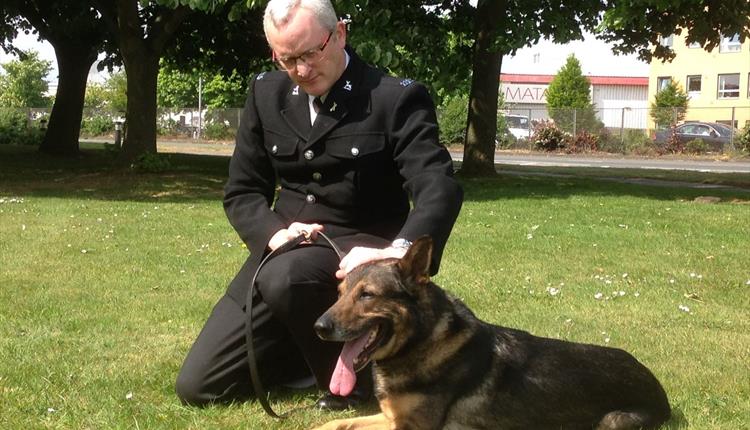 On 5th October 2016 serving police officer Dave Wardell and his dog PD Finn were working a regular night shift and were called out to a suspicious incident in Hertfordshire.  The suspect in question decided to make a run for it after looking both Dave and Finn up and down and ignoring all warnings to stop.  With that in mind, Dave unclipped Finn and sent him after the young man.  As Dave caught up with the pair he was just in time to see Finn taking a hold of the suspect’s lower leg as he tried to climb over a fence.

Dave tried to explain to the man that he had to stop fighting so he could be released, but instead of listening he thrust forward at Finn.  As he pulled back, Dave saw a ten inch blade being pulled out of Finn’s chest.  It was as he thrust the knife again, this time towards Dave, that it became clear that the suspect was prepared to kill them both.

With the second thrust of the knife, the suspect caught Dave’s hand, but loyal Finn positioned himself to protect his handler, and his head was also sliced by the knife.  Unbelievably, Finn still kept hold of the suspect until he was disarmed and apprehended, even though he must have been in terrible pain. 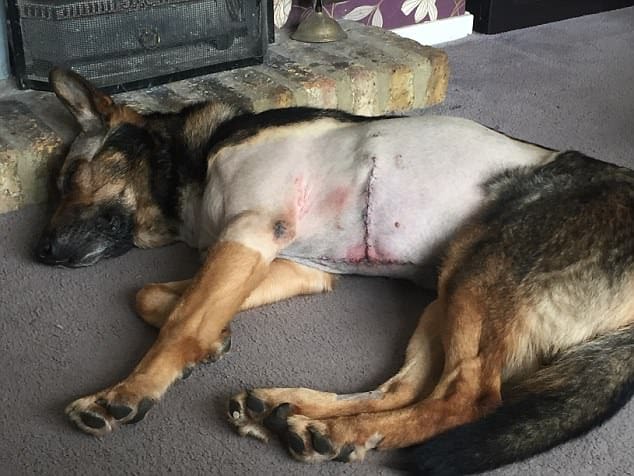 Poor Finn wound up with life threatening injuries which needed hours of emergency surgery, and it really was touch and go for a long time.  Dave was terrified of losing his best friend, and feeling utterly helpless, all he could do was to stay by Finn’s side and hope for the best.

His recovery was not at all certain for a long time, but exactly eleven weeks and one day after facing death Finn let Dave know in no uncertain terms that he wanted to go back to work, and the fearsome duo returned to night duty together.  It was such an emotional time for Dave, that the first suspect they apprehended together led to him bursting into tears as he cuffed the man in front of him.

Unbelievably, the attacker from that fateful night in October showed no remorse whatsoever and was only charged with minor offences.  There was absolutely no sentence for what he did to Finn as it was classed only as criminal damage.  It was this that made Dave want to try and make a change to the law as it stood.  So with the help of Sir Oliver Heald MP, along with many other loyal supporters, Dave set out to increase the Service Animal Bill from a maximum six month sentence to five years. 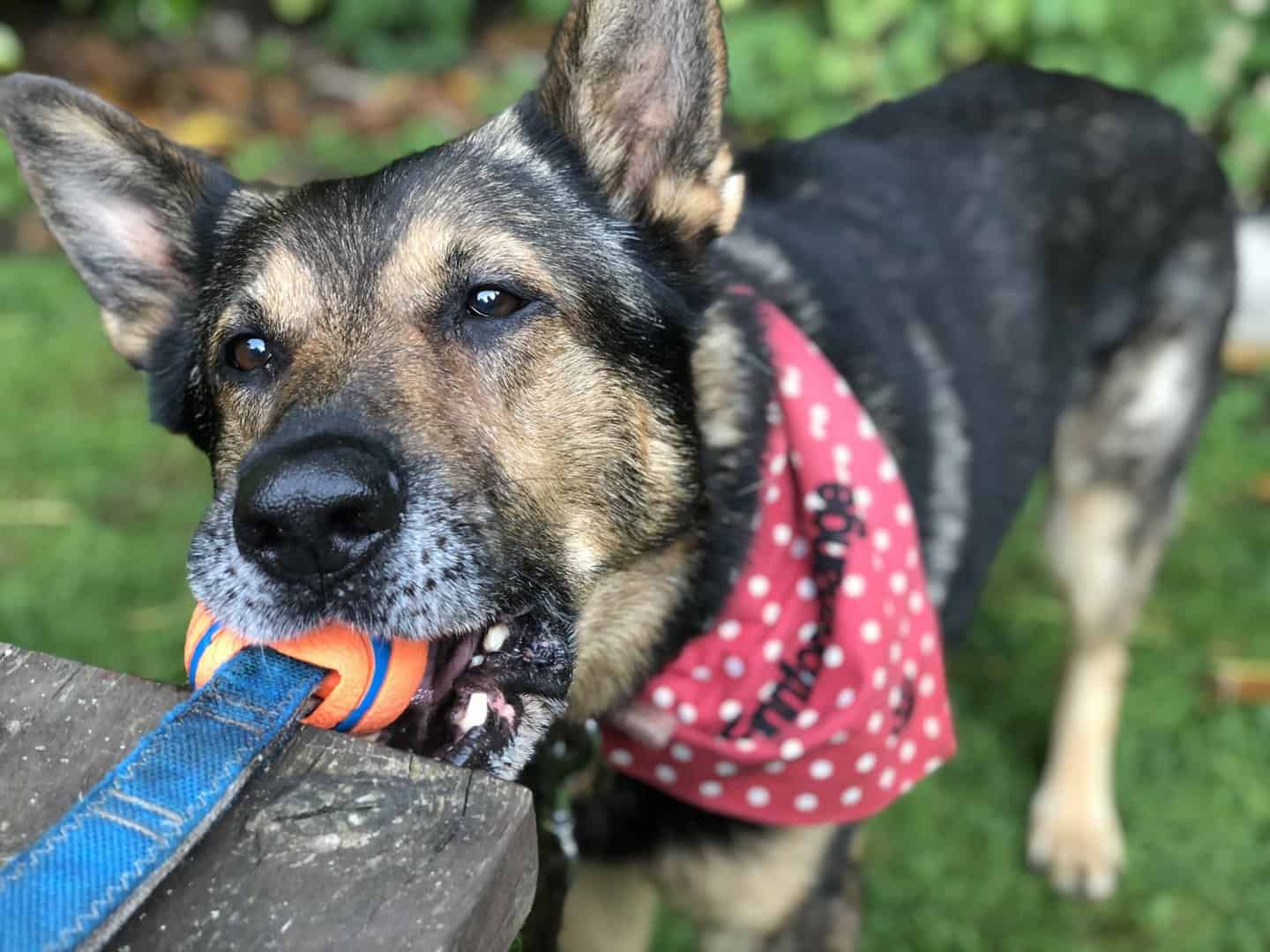 From the date of the offence it’s taken them two and a half years, but Dave and Fabulous Finn have now changed history, and Finn’s Law becomes official on 9th June 2019, giving much greater protection to all Service Animals.

You will be pleased to know that the lovely Finn is now fully recovered, and no longer in police service.  He is in fact now enjoying his retirement very much, and lapping up his new celebrity status.  Still, not one to rest on his laurels, Finn and Dave continue to campaign for greater protection for all animals.

You can see why Finn is my hero now cant you? 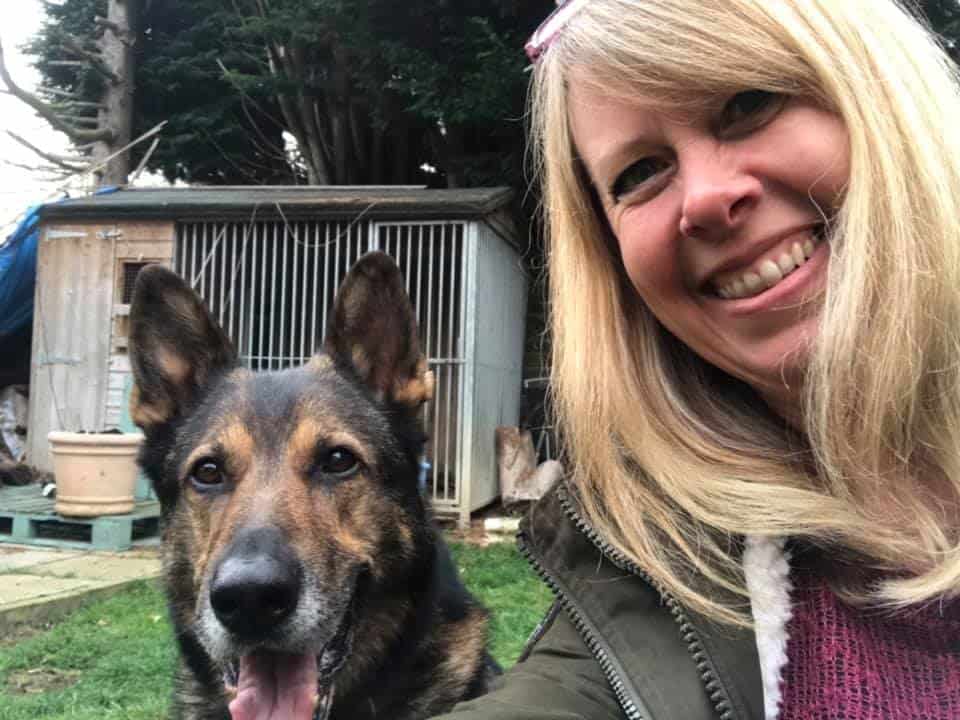 If you are inspired by their story, then make sure you read the top ten bestseller “Fabulous Finn” by Dave Wardell with Lynne Barrett-Lee.

It gives a real insight into the lives of both Dave and Finn, with a behind the scenes peek at what it’s really like to be a police dog handler in the UK.   It allows us to share the joy of having a dream realised and also to see how quickly it can plummet into a nightmare by one cruel twist of fate.

In essence, this book shows us the wonderful bond between a man and dog, their incredible loyalty to each other, and a journey from near death to an eventual happy ever after…not only for Finn and Dave, but in their bravery to try and change history for all animals.

I pretty much read it in one sitting, and by the end of it my eyes were puffy and I was surrounded by tear soaked tissues.  It was worth every minute.

To find more information on Dave & Finn and how you can help with their incredible campaign click here.

You can find copies of their wonderful book here.

To read more about Fabulous Finn and Dave you can see my full article in Hertfordshire Life Magazine. 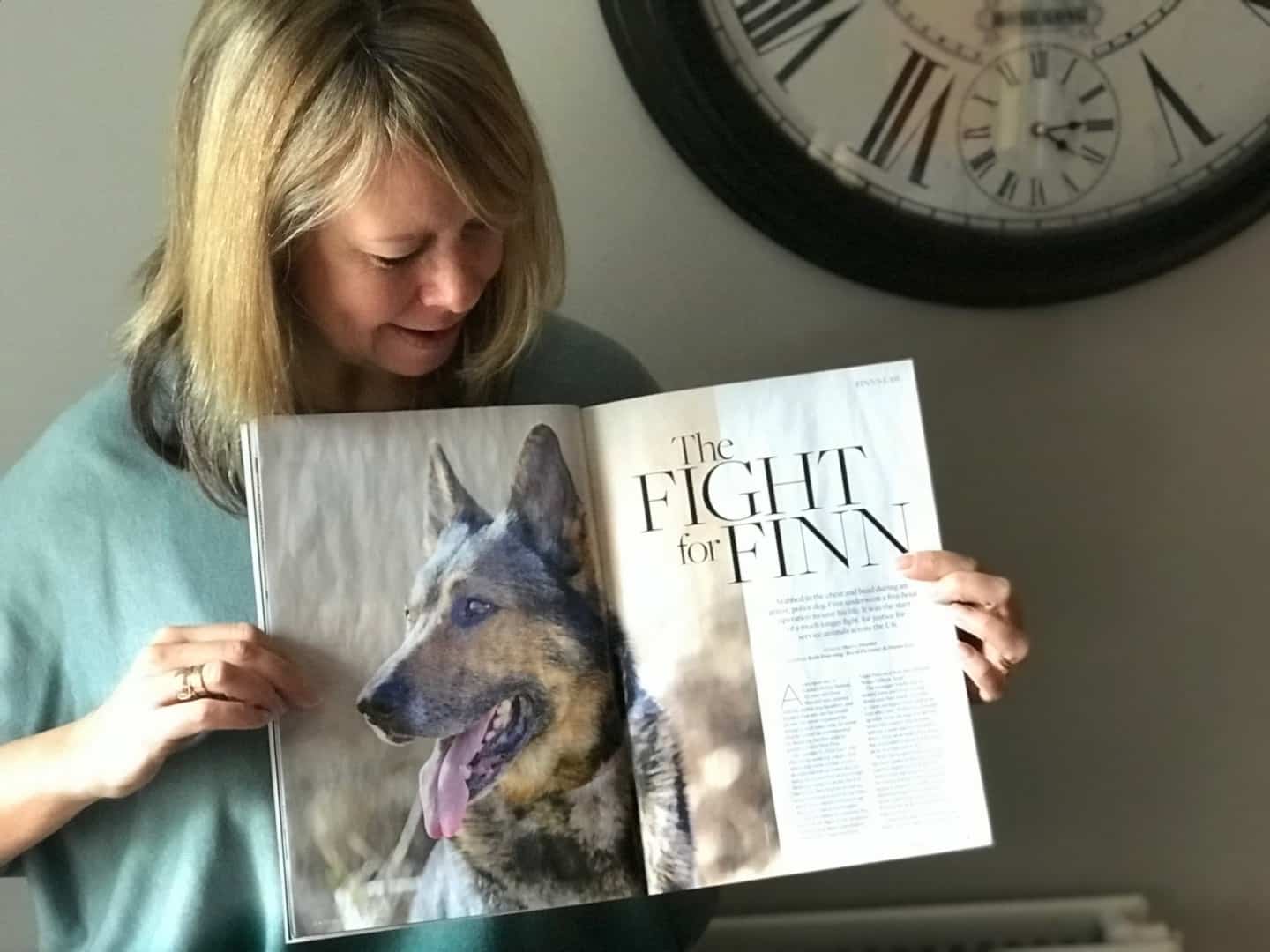 For more great reads, check out my Book Club