The back of this book promised quite a lot, and I really don’t like to say it, but it didn’t quite deliver for me.

It revolves around three main characters, Lily, caught up in a love affair, Pippa, the lonely wife who discovers her marriage is based on lies, and Harry, who is torn between the two and suffering from depression.

To be fair, the story is a nice one, and it wraps up well at the end too. Unfortunately ‘nice’ is a bit of a lacklustre description, and not really what I expected to feel based on the blurb on the back of the book. It promises a powerful modern love story, which to me suggested that we would be able to delve into the secret world of the mistress and feel deeply her side of the story. perhaps it would be a bit dark, perhaps we would loath her, perhaps we would feel her pain, but instead I just found Lily to be a bit….irritating.

In one breath she loves Harry beyond words, and in the next she’s saying she doesn’t want to live with him, cant be bothered to listen to him going on about things, and wishes she could get back together with David, her ex-boyfriend. No wonder poor old Harry gets depressed.

I actually felt the most empathy towards Pippa, not necessarily because she is technically the wronged party, but possibly due to the fact that she was written in the first person through her blog entries, whereas the other characters were all in the third person.

And that’s my other bugbear I’m afraid. I found the beginning of this book really quite confusing as it seemed to leap around quite a lot. There are no chapters to break things up which means timelines can get a little confused when going back and forth. It also swaps between the perspectives of Lily, Pippa and Harry (and at one point even Lily’s mother) which makes it harder to establish a connection with the main protagonist, and without those chapters there, it gets a bit muddy sometimes.

So….would I recommend this book? Let me put it this way: I wouldn’t not recommend it. The idea behind it is lovely, and it’s a nice, feel-good, romantic tale written I felt, in a similar ilk to Jilly Cooper, where realism steps slightly to the left to ensure no real harm is ever done.

No, it wasn’t my cup of tea, but if we all liked the same thing, life would be boring.  Give it a bash. 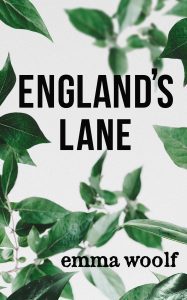