The Joy of Recall Training

The first time we started our recall training with Barkley was absolutely terrifying.  I remember that with our first GSD it took us a good six months before we let her off the lead.  What we would do instead for months and months was to attach the longest piece of rope in the world to her collar, and let her run around while we hung on to the end for dear life.

Its a great idea to practice your recall with a rope if you haven’t quite got the confidence that your pooch is going to come running back at the sound of your voice; but be warned, there are also two massive down sides to it:

The the rope burn can be avoided by wearing gloves obviously, but Oh my God..the mud!  If you are walking your dog in England, then it undoubtedly involves rain, and rain unfortunately is the precursor to mud.  Lots of it.

Well, that lovely long length of rope that your dog has just run off with has no place to go but down, and it’s going to come back to you cold and wet and covered in mud.  Even worse, sometimes you think its mud….and its not.  It’s truly disgusting.

This time around we decided to get the rope/recall training done before Autumn hit, so we dug it out while Barkley was still only about three and a half months old.  We took him to some park land which was semi-enclosed, and off he went, gallivanting around, not knowing quite what to do with his new found freedom. 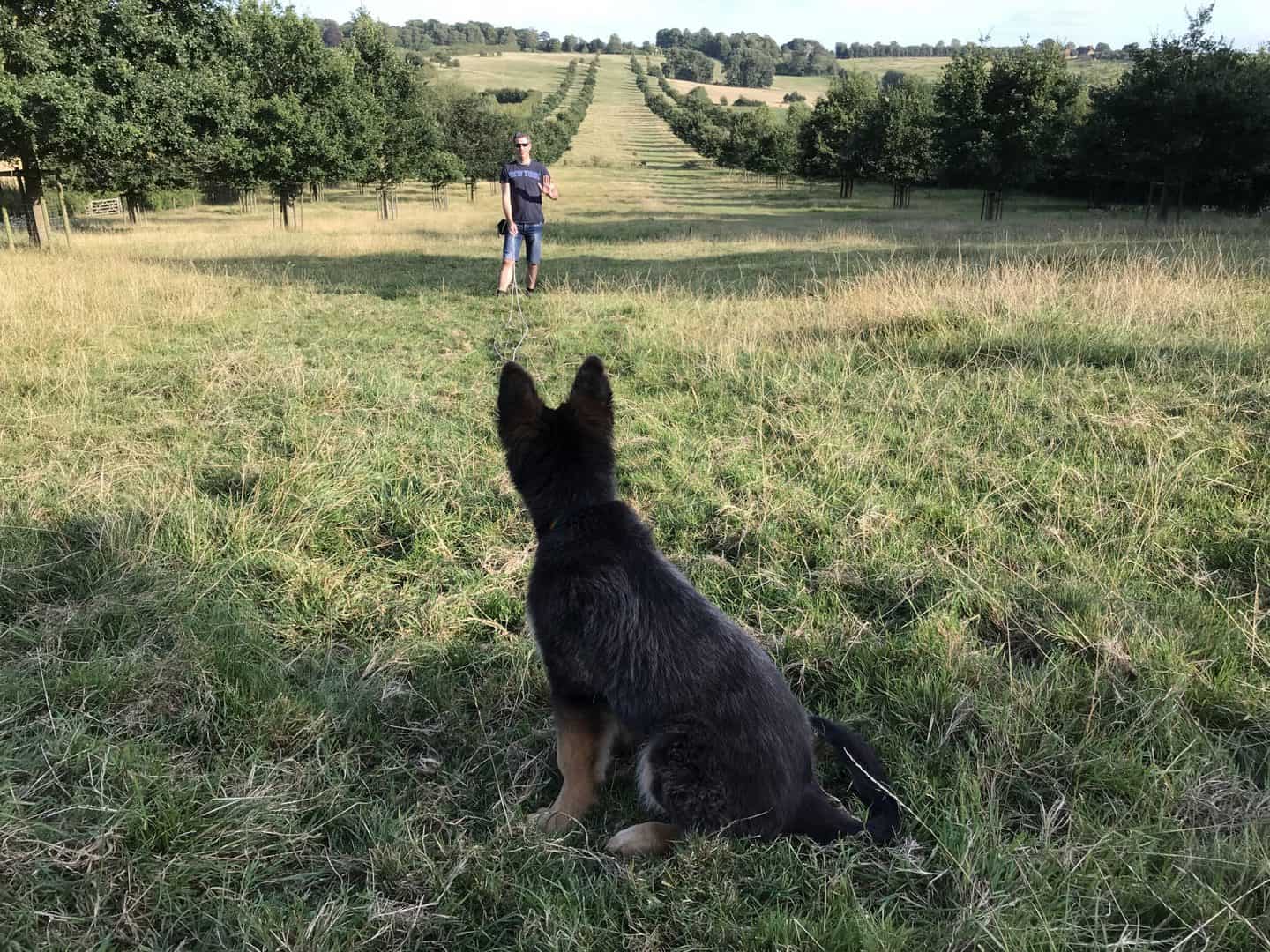 After about 20 minutes of recall training, which I am proud to say, he nailed every single time, my husband decided he was confident enough to actually unclip the rope.  My heart literally fell to my boots in fear, but I had to agree that his recall was so good that it was worth a try.  Worst case scenario was that we’d just be chasing him around an enclosed area for the next five hours trying to catch him.

All I had in my mind though was what a little bugger he’d been up to this point, so I fully expected him to run hell for leather in the other direction.  Not that I wasn’t confident….

I walked away down the field while Jon held on to Barkley’s collar.  Then, coming to a standstill a few metres away, I turned slowly, treat in hand, and called “Come!”

And would you believe it….he did!!!

Obviously not wanting to tempt fate, I grabbed hold of him, saying “Barkley you’re such a GOOD BOY!!!”

“Thank you very much” came a response from below me.

“Jesus Christ” said Jon as we looked at each other, gobsmacked.  “Did you train him to talk as well?”

Turns out my voice had activated Siri on my phone, who wanted to soak up some praise!

The joys of dog training. 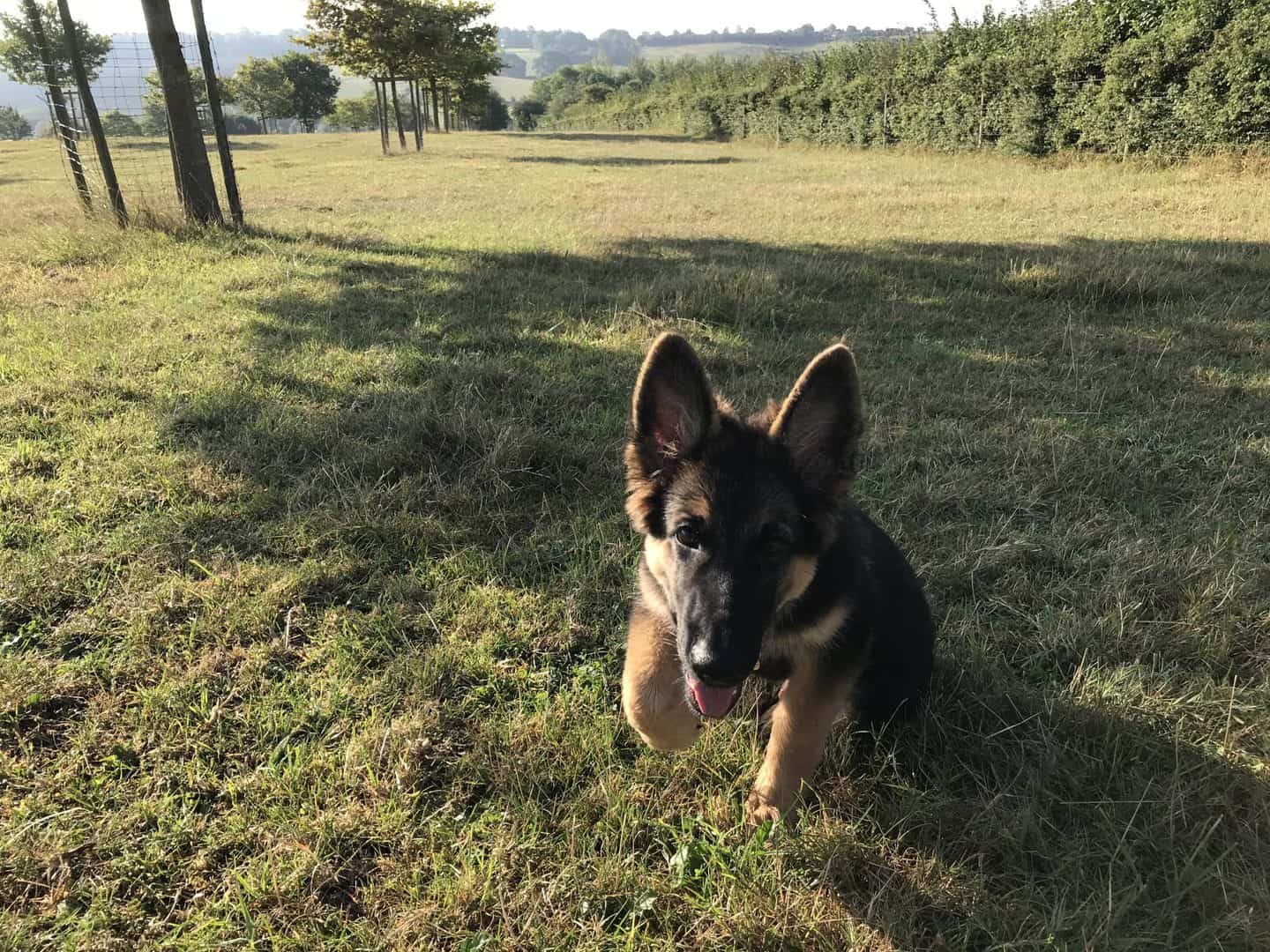 So, with pride in our hearts, and wanting to end on a high, we popped Barkley back on his lead, turned off Siri, and rolled up the rope which Jon threw over his shoulder as we wandered back to where our car was parked.

Emerging from the woods, beaming self satisfied smiles, we happened to bump straight into some of our neighbours who stared at us in horror.  They made some polite conversation, eyes darting between us, the woods and the rope, before declining our offer to come round for tea and scuttling away.  How strange, we thought.

Don’t forget you can sign up for emails from my blog if you are enjoying  The Dog House Diaries; Now and then I even write about other stuff too, like this..Patient