Chocolate is good for our hearts in more ways than one. It provides antioxidant protection, a wonderful feel good factor, and just enough caffeine to be beneficial in improving fat metabolism. With that in mind, I feel no guilt whatsoever in turning my cookery book to the page already messy with daubs of chocolate, and setting my oven to 190 degrees in readiness.

The part of my Frosted Chocolate Fudge Cake recipe that I always find the hardest is to make sure that all 115g of plain chocolate is broken up and heated in the bain marie. It shouldn’t be difficult, but for some reason a few pieces always seem to find their way into my mouth on their journey.

Creaming together 175g of unsalted butter with 200g of light muscovado sugar while still enjoying the warmth of a square of chocolate in my mouth, I can ponder the origins of my favourite food a little more. Apparently chocolate comes from the Theobroma Cacao tree, which literally means ‘food of the gods’. We get most of it from Africa these days, although its history began in Latin America.

Once my batter mixture is light and fluffy, I add a teaspoon of vanilla essence and three eggs one at a time, stirring well after each addition and enjoying another square of chocolate. I can’t remember where I read it, but I know the Theobroma Cacao is a delicate little tree, which needs protection from the sun. It’s planted underneath trees of a different species, called ‘Madre de Cacao’ or mother of cacao. How lovely is that? Forget Mother of Dragons, when you can be Mother of Chocolate! 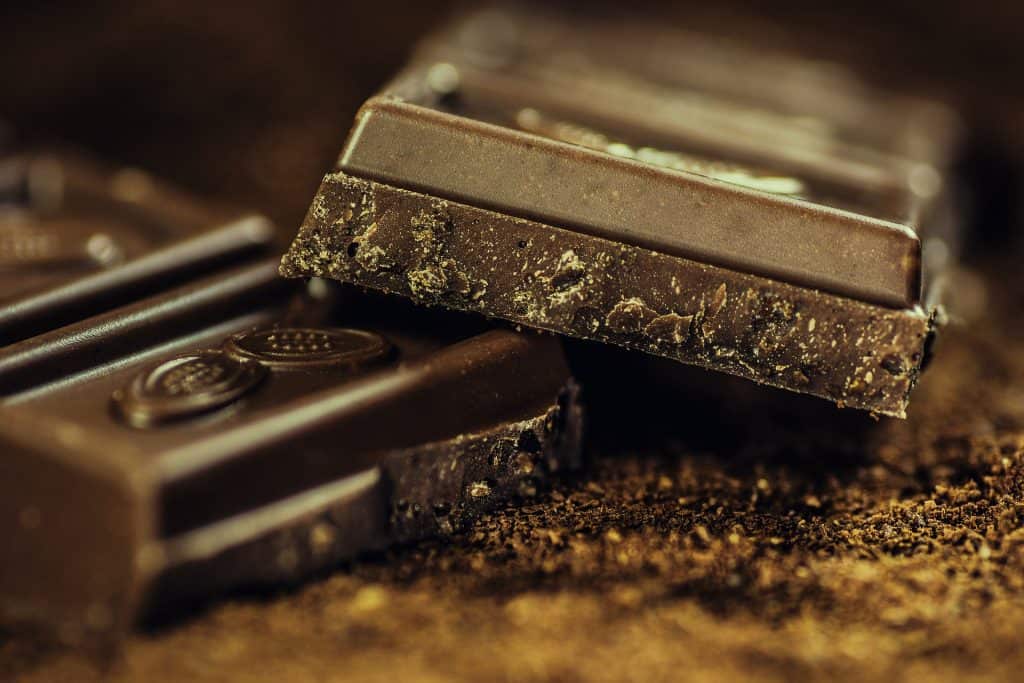 Ooh, speaking of cacao it’s time to stir in my delectable melted chocolate to the mixture, followed by 150ml of Greek yoghurt. Intelligent types the Greeks back in the day. Almost as clever as the Mayans and Aztecs, who apparently used to use cocoa beans as currency over 3000 years ago. What a wonderful idea! One that I would readily see come back.

Just a quick lick of the bowl in which I melted the chocolate, before folding in 150g of self raising flour to my cake mixture. Now I’m good to go, and with the mixture poured into lined cake tins I set the timer for thirty minutes, and pop another square of chocolate between my lips.

I heard that it was Christopher Columbus who brought cocoa to Spain in 1502 and in 1828 it became powdered. Queen Anne’s physician then had the idea of mixing it with milk before selling his recipe to a London apothecary who later sold it to the Cadbury brothers. We have a lot to be thankful for.

Right, time to mix together my ingredients for the frosting before the timer goes off. I’ve already measured out 350g of icing sugar, 50g of butter and 90ml of Greek yoghurt. I could have sworn I’d bought another 115g of chocolate but I just can’t seem to find it anywhere…